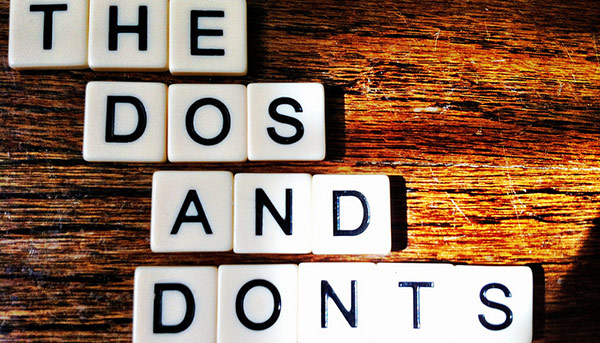 The only exposure to cougars that most young guys have is through television sitcoms and cheesy movies, which causes them to have a warped idea as to what a cougar actually is. Well, for one thing, she is an actual person who is as different as any other older woman just looking for some excitement form a younger man. Some just want to hook up, some want long term relationships, and others don’t even know what they want. Some are fresh out of a divorce with some children and a house, some have just been serial dating their entire lives.

Even though every cougar is different and wants various things from her young cub, there are certain things that you never should do and always should do when you’re a young guy dating an older woman. Some of these are just great dating advice for anyone, so even if you don’t have a cougar in your sights I would take this list to heart anyway.

Don’t assume she’ll pay for everything

One of the many fantastic things about dating an older woman, or dating a cougar, is that she most likely has her life together by now and is financially comfortable. At least, she definitely is more so than you are. So, guaranteed she will offer to pick up the tab at dinner and pay for vacations and such pretty frequently. That’s her right and you might as well just enjoy it while you can and make it up to her. Here are some tips when its OK for her to pay. However, it’s a slippery slope from there to taking advantage of her, and that can end these relationships extremely fast. She isn’t your sugar momma, she’s your girlfriend, so do contribute financially. Fight her for the check sometimes, take her on a vacation yourself, whatever you can do to let her know her money isn’t a concern of yours.

Don’t remind her of her age

This one should be obvious. As best as you can, try not to ever bring up her age, even if you think you’re giving her a compliment. A trap that a lot of cubs fall into is telling her cougar that she is sexy or funny or exciting “for her age” as a compliment. I can tell you now, few things will make her angrier and more self-conscious. Along the same lines, don’t attempt to compliment her by comparing her to women you’ve dated that are closer to your age. You may have nothing but good intentions, but she is definitely not going to see it that way.

In any relationship, confidence is key. VIDEO: How to be confident with women – Dating an older woman may complicate this matter a little because she is going to be the more mature and experienced member of this couple, making her the alpha dog. If that’s the position that ends up working out, you should absolutely embrace it and let her be the more dominant one in the relationship. This, however, doesn’t mean you need to be a submissive dog rolling onto your back every time she looks at you. She is still dating a man, after all, so absolutely do have some confidence. Express your opinions while being respectful, don’t take insults lightly while still being forgiving, and keep your dignity intact.

Do keep it sexy

This should also be a no-brainer, but don’t let the romance get stale. Great romance in a relationship is more about just the sex. Don’t get me wrong, sex is important and keeping your repertoire in the bedroom fresh is a surefire way to keep your cougar purring. All the time you’re not having sex is just as important, however. Send flirty texts and remind her exactly how sexy she is. Many older women dating younger men are a little self-conscious, understandably, so making sure she knows that the age difference has no effect on how hot she is will only improve the relationship. When you are having sex, keep learning and bring some new moves to the table occasionally. Don’t neglect the foreplay and always keep her guessing. She shouldn’t come to your place knowing exactly how and when you’re going to make her orgasm. The anticipation and surprise is half the fun!

Do make her feel young

Article
, Cougar Dating, Cougars, Dating an older woman, What is a cougar
« How To Text A Cougar You’re Dating How To Use Tinder To Meet a Cougar »