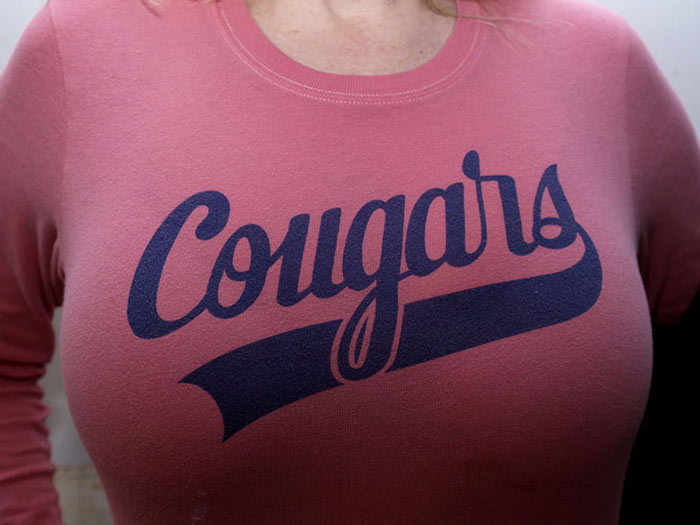 Cougars have so much going for them. They have all the wisdom that comes with experience. They have seen and done so much they don’t feel a constant drive to go, leave, do, be, see instead there is an innate calmness and a knowledge that seems to say that they are exactly where they are supposed to be.

They are independent, having long ago learned what it takes to make them happy and take care of themselves. Older women now, more than ever before, have become interested in being and staying fit way off into their middle age years. It is so often hard to tell a woman in her 40’s from one in her 20’s in today’s society. Click Here for 8 things every woman in her 40s should do. With so much going for them, who wouldn’t want to date one? If you’re like me and really want to give it a shot but lack the fortitude to romance and seduce a cougar, there is hope. There are a few hacks to employ that could greatly hasten your time in the saddle and get you straight into the hay.

Catching A Cougar Hack Number One: State Your Business

Cougars love a guy who gets straight to the point. If there is one proven pet peeve of all cougars, that is dishonesty. They hate to be jerked around, and played games with. (Go here for signs your boyfriend is dishonest) It doesn’t matter if you just want a roll in the hay, occasional casual sex or want to shoot for the moon and try a relationship. Whatever you want is cool, she just wants to know what it is. No games and no guessing. You break this cardinal rule and you won’t get a second chance. Telling her what you want cuts straight to the chase and eliminates all the guessing.

Catching A Cougar Hack Number Two: Manners are a Thing

It isn’t just a bunch of crap your mom told you and it does matter to most of the world; manners. Manners are important to most women, cougars just aren’t afraid to say so. Being polite, kind and considerate of other people’s feelings makes a big impression on a cougar. She can be treated like crap by any joe blow off the street. Why would she consider dating another guy just like that? She wouldn’t. Going out of your way to show her how polite and considerate you are lets her know right away that you are the type of guy she might consider spending some private time with. Even bad boys know when to be nice.

While it is true that cougars tend to see more of who a guy really is and judge him on that than his looks, they do matter to a woman of her experience. It is important to be clean and trimmed up when you meet your cougar. Take the time to get a nice flattering haircut and trim your ears and nose hair. Wear something in a color that flatters your natural coloring and a cut that makes your best features shine. The brand name or price isn’t as important as the style and fit. Take the time to look and smell nice to cut down on the time it takes for her to judge your look.

You might think that goes for any woman, and you would be right. However, when we speak in cougar terms, you will have to know the exact right moment to make that move. That isn’t always, in fact it is seldom, easy. Making the first move with a cougar means you are sure that she is into you and you aren’t about to make a fool out of yourself. It also means that you are sure she was about to make the first move. Beating her to the punch will give you the element of surprise as well as the added charm of being able to take charge of the situation. That is something every woman likes.

This one is more of a long term hack. When you have already had the initial conversation and maybe made date plans would be a good time to start thinking about this particular hack. Investing time doesn’t sound like a hack at first but when you consider the amount of time it takes to get to know a cougar well enough to get a relationship, a few hours at the onset is nothing. Knowing from the start that you will have to invest time and effort into becoming a cub cuts way down on the discomfort of impatience as you wait for her to make a second or third move. It takes some of the stress from the situation and allows you to enjoy the relationship for a while.

Article
, Catch A Cougar, Cougar Dating, Meet A Cougar
« When Do Women Hit Their Sexual Prime? What Makes A Quality Cougar Dating Site? »