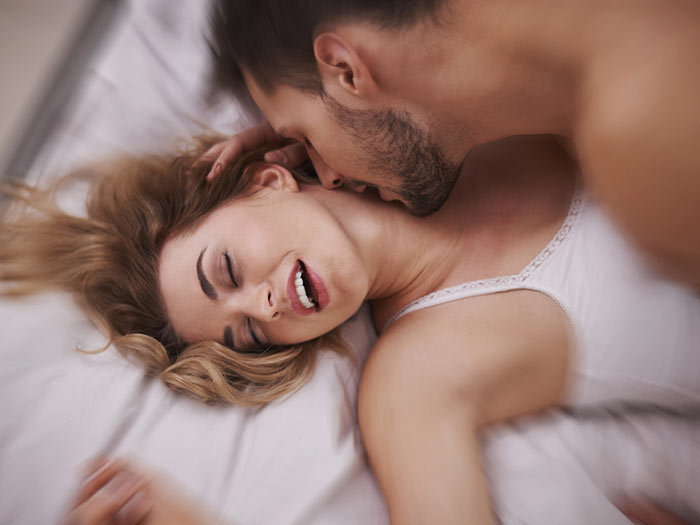 Rumors abound about when and how to tell if a woman has hit her sexual prime. It has been said that women hit their peak in their ‘20’s, ‘30’s and a plethora of ages throughout middle age. But what’s the truth and why should you care? The real age women hit their sexual prime isn’t a secret and it’s easy to figure out. The reason you should spend your valuable time figuring this out is because when a woman reaches her sexual prime, making love to her turns into a magical experience. Hitting a sexual prime means the woman has finally reached a point in her life that she is confident, comfortable in her own skin and sure of her own desires. Sex with a woman who has reached this point in her life is something most men remember for the rest of their lives.

As early as the 1950’s when the world renown sexpert Alfred Kinsey published his findings in the book Sexual Behavior in the Human Female, the world has believed that men hit their sexual prime in their late teen years while women don’t sexually mature until their mid-30’s. Sexual research since then has changed our information somewhat. While it’s true that men and women both reach their hormonal peak at those specific ages, we’ve learned that sexual peak is another story. We have learned that men’s testosterone peaks in their late teen years while a woman’s estrogen doesn’t peak until somewhere in her late 20’s or 30’s. That means her fertility is also at its peak at that time. This time in a person’s life is called the genital prime of their lives and it is when they respond most fervently to arousal.

Genital Prime & Sexual Prime Are Not The Same

The tricky part, as we discovered with more research, is that genital prime and sexual prime are not one in the same. In fact, it’s very difficult to tell when a person (male or female) has hit their sexual prime. Some professionals say that it is impossible to tell when any individual woman may reach her sexual prime. A big part of the reason why is that sex is largely psychological. Psychological aspects such as self-confidence, sexuality, feelings of intimacy and trust with her lover, libido, and knowledge of her own sexual preferences take time and experience to develop. What it all boils down to is a woman reaches her personal sexual peak when she feels most confident and comfortable in her own sexuality.

Many doctors say that women who take care of themselves by regularly exercising, eating a balanced diet and refrain from smoking enjoy longer and stronger sexual peaks. Relationships change the way we feel about ourselves and the same goes for women. Hormone levels also fluctuate throughout a woman’s life and both of those factors allow a sexual peak to happen at any time in a woman’s life. There are times in a woman’s life when her body is more primed for pregnancy, such as in her 20’s. Hormone levels and bodily functions are geared toward childbearing while the body is most capable of doing it.

Does A Woman’s Sexual Prime Even Exist?

There are some professionals that believe there is no sexual prime at all, biologically speaking. When the Kinsey report was first released in the 1950’s, women were not even thought of as sexual beings. It didn’t occur to men at large that women could enjoy sex or would ever have such a thing as a sexual prime. Sexual stereotypes began to form and take hold. Along this same train of thought, a man can also hit his sexual prime in his 40’s. Younger women enjoy dating older men for the same reason. Younger men have their attributes but older men have more sexual experience and a larger repertoire of tricks and moves. The idea that women hit their sexual prime after 40 began when people started to notice how a woman loosens up sexually after her kids are grown, she feels secure in her job and life and feels less stress which equals to more sleep. It’s only natural she would feel more comfortable in bed and begin to hit her own stride.

Do Woman Hit Their Sexual Prime In Their 40’s?

Labeling a woman in 40’s as sexually prime can also be completely wrong. Some women are just not into sex as much as others at any age. It doesn’t have anything to do with her comfort factor or self-confidence, she simply does not like the interaction as much as others. It’s all about the woman. Saying she has hit her sexual stride at 40 is a generalization that can come back to bite you in the rump. As our society becomes more and more tolerant of different lifestyles, women are more apt to feel sexually comfortable earlier in life, but nothing can give them the experience that an older woman will have accomplished.