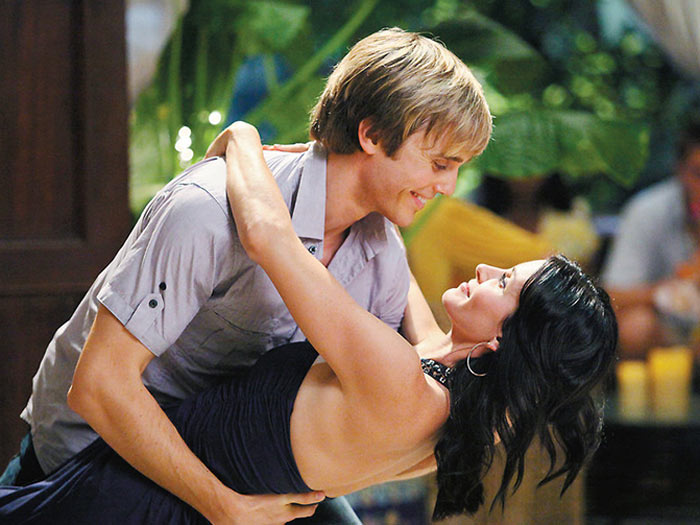 Celebrity cougars, Hollywood movies and television shows have taken much of the stigma from the older women/younger men dating experience. SLIDE SHOW – The 25 sexiest celebrity cougars – While it isn’t the shock it once was, there are still some taboos left. An age gap of more than 15 years tend to set people off, especially if the woman is older. Since television and movies have stopped the harsh rhetoric, one could assume more mature women are dating younger men now because of that. However, the real reasons will probably astound you.

The Facts of Life

As relationships progress, they become more complacent. The newness wears off and people become more comfortable around each other. It is at this point that people can change. Some become so set in their ways that they can’t fathom changing. They don’t see the benefit in staying active or learning new things or becoming anything more than they have already accomplished. Couples can begin to ignore each other. They feel so satisfied in their life stance that they no longer try to improve it. Read The Signs The Spark Is Gone – Other couples enjoy the complacent years. They still find time for each other. They continue to grow in their interests and relationship. It is the couples who find themselves grown apart who experience the most change after all because older, more mature women find this the time of their life when they crave attention and hotter sex.

Cougars choose younger men often because of their flexibility. Once so used to living life in the comfort zone, cougars are ready to break out and do things they haven’t before or in a long time. They love the flexibility of younger men who can just get up and go at the drop of a hat. Gone are the days of gardening and cross stitch when a cougar finds her young lover. She enjoys his ability to do something different on Wednesday than he usually does and stop at a café he has never been to before. Flexibility feeds the cougars soul.

Being spontaneous is the next best thing to flexibility. Combine them both and you have the dream cub of every cougar. Cougars have lived a large part of their life in a predictable, comfortable, state knowing exactly what each day will bring. Taking a young lover gives them a burst of energy as they enjoy their cub’s spontaneity. She revels in his ability to jump out of bed in the middle of the night and head out for take-out. She loves that he calls early on a Sunday morning to take her hiking. Spontaneity drives a cougar wild.

Science has made some incredible discoveries in skin care and anti-aging cosmetics. While it isn’t the most prevalent reason, scientific accomplishments in the age defying cosmetics arena have allowed mature women to date younger men more often. Not because they are more attracted to older women now, but because women are loving the way they look and feeling confident. Women are staying younger looking longer than ever in our history. A lot has to do with the revolutions in skin care and cosmetics but also the health care trends. People in general are taking better care of themselves and looking good longer.

Mature women may date a younger man now because of the extended life span. Click Here to learn why people are living longer. Women are living longer than men more so than any previous generation. After divorce, a lot of older women are back on the dating scene. Men usually already have a significant other lined up after a divorce, whereas women will end up back on the dating scene.

A really big reason more mature women are dating younger men than ever before is because women have changed over the years. No longer do little girls dream of white picket fences and two car garages. The women of today are more concerned with lasting love and a man they can consider a friend than in material possessions and money. This change has brought about a new dynamic between young men and mature women of today.

There are more reasons why mature women are dating younger men than ever before. Studies have shown over and over that age is not a determining factor in love. What is more important is the relationship between the two specific people. Believe it or not, most older women and younger men do not consider the age gap between them. It isn’t something they discuss or even think about every day. There are so many other things they enjoy about being together, age doesn’t play a part in their narrative. The bottom line is that more older women are dating younger men because it fits in their lifestyle. It works. Nothing more and nothing less.