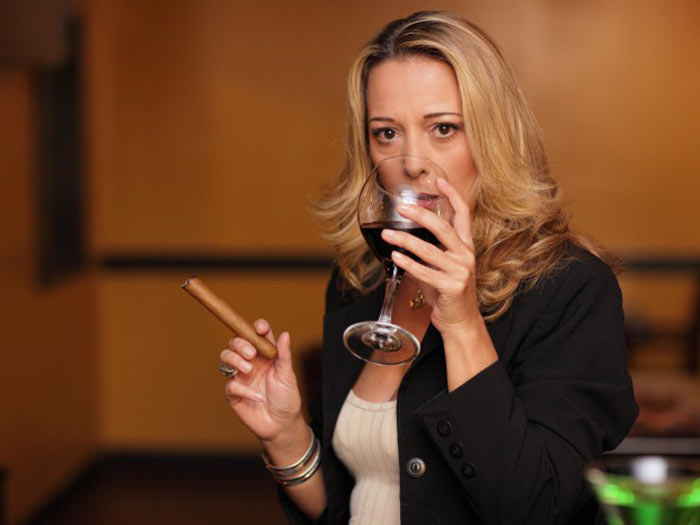 Dating a mature woman isn’t the taboo subject it used to be thanks to Hollywood movies and television but it still has enough of a stigma to raise an old eyebrow or two. The age gap confuses people. The first thing you hear is how there will be nothing in common or goals will be different. The real truth is there are some very real perks to dating a mature woman (Click Here For the Pros/Cons) but there are many more that sneak in unsuspected. Consider these five big perks of dating a mature woman and then read on to discover something you wouldn’t expect.

One thing not everyone realizes about cougar dating is that it takes a big load off your financial situation. Dating a woman your own age often involves paying for everything, expensive dinners, surprise gifts and reams of love letters and text messages. – READ ABOUT – The Etiquette Of Paying For Dates – When you decide to date a mature woman you’ll find it is loads less expensive. While your cougar will expect and require a few nice dinners out, it isn’t what she really wants. All she really wants is to spend time in your arms, feeling your breath on her neck. She isn’t going to ask you for bill money or gas for her car. You’ll find that dating a cougar is a lot easier on your wallet. Not only does she not want your money, but she can probably teach you how to spend your right.

One of the biggest perks to dating a mature woman is the level of mentally stability you automatically gain. Younger women are still struggling to find their place in the world and make sense of their lives. Their emotions are always rolling. They are afraid of getting hurt or of settling down or even of missing out on the next hot guy. On the other hand, dating a mature woman gives you some piece of mind. Older women already know where they are going and how to get there. They are comfortable with their station in life. They are not concerned with trivial issues and drama.

It goes without saying that sex is a great perk of dating a mature woman. It may be the most well-known of all the perks but it is also the most misunderstood. Sex is great with a cougar because they have been around the block. They know a few tricks you haven’t come across yet. It is also great because older women are truly interested in sex with you. She isn’t concerned with anything but pleasing you and enjoying what you bring to the table (or the bed as the case may be).

Men often falsely believe that older women are boring and sedate. They equate a few years of life to stagnating and reducing fun activities to gardening and reading cozy mysteries. What really happens, however, is that cougars bloom and blossom and find their true selves as years pass. They realize what really makes them happy and are all in on fun and adventure. No longer cloistered by a stagnating marriage or an abusive husband. Women often become their true selves when they hit a certain age.

Life becomes simple again. Maybe for the first time since you hit puberty you’ll be able to enjoy a ball game with your friends or an afternoon on the golf course with your coworkers. Cougars are not interested in complicating things and dating a mature woman will make you realize just how much stress and confusion you were living with. Cougars tend to take things at a more leisurely pace, not getting worked up unnecessarily and keeping things on an even keel.

Now that we have discovered the five big perks to dating a mature woman, it is time to move on to the more subtle advantages that no one thinks of. When considering the perks of dating a mature woman think of why people date in the first place, at any age. Spending time together, learning about each other and the perspectives you have on the world are all things couples of any age enjoy. Dating a mature woman has all that but also the added benefit of life experience. Click Here – 15 things mature women dont do in relationships. There is a soft glow to women who understand the grand scheme of things. The greatest perk of dating a cougar is that you can bring small, special benefits to each other that only the two of you can. Dating a mature woman will be an experience that you do not forget. It will linger in your mind for years to come. The things you say, teach and impart to each other will have a lasting impression for the rest of your life. Begin to appreciate what your mature woman has to offer and you’ll find yourself wondering how you ever lived without it.