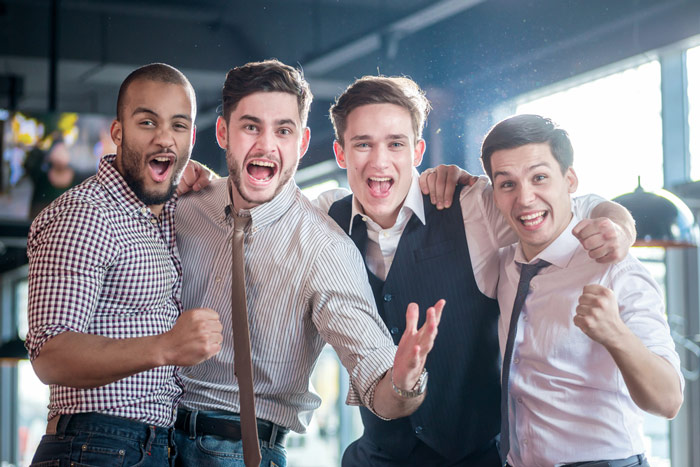 Dating cougars is something that is looked on as a badge of honor for some men. Ever since the 1960’s and movies like The Graduate and Class in the 80’s, men have looked at bagging a cougar as something of a privilege only best of the best can achieve. Cougars think so too. The cougar dating wave ebbs and flow like anything else in popular culture and the millennial generation is no different. Millennial men, those born in the 80’s and 90’s, are following in their father’s footsteps and exhibiting the colloquial interest in older women but for slightly different reasons.

While we love our technological generation, and enjoy its many benefits, there are a few issues it causes that have us rushing into the arms of the nearest cougar with abandon. Telephones, for instance. Women our own age use their cell phones as ammunition in any fight as well as a tracking device. They know how long it takes you to answer and can tell if you just ignored them or didn’t look at the phone by checking your social media profiles.

If you have logged in somewhere or used your profile in some way, then you’ve had your phone and ignored their text. This can cause more problems in a relationship than it should. Dating cougars gives you the opportunity to be around a woman who wasn’t raided with a cellular device in her hand. She has no deep connection to her cell phone and manage a relationship just fine without it.

When Dating Cougars You Deal With Less Body Conscious

While the current world is battling each other over fat shaming and photo shopping, cougars are quietly loving their own bodies and not afraid who knows it. They have earned over the years that most men are just happy to see a woman naked at all and know perfectly well that normal women do not look like the perfectly painted gals in the glossy magazines. They don’t have hang-ups about their size and shape. This has a big impact on sex. Cougars are not as uptight about their bodies and in bed that allows for a lot more fun. Learn why cougars are the best in bed HERE

When Dating Cougars Everything Is Open

Sex is a big part of the fun of dating a cougar. Not only does the lack of body shame encourage more exciting sex, but older women are more familiar with their bodies and what it takes to make a man reach climax. They aren’t afraid to tell you what they want you to do to them. They want to show you all the things they know how to do to you. Older women have been through tough relationship issues already and can put it in perspective.

Dating a cougar is a drama free relationship and that is always a big surprise to millennial men who are used to a production at every corner. Younger women, especially millennials, are prone to overthinking and overreacting in many situations. This couldn’t truer than in issues regarding romantic relationships. Where older women have come to learn that not every problem has to be a major issue, younger women are still figuring out what is worth it.

More often than not, a younger woman will make a spur of the moment decision and end up sleeping with her boyfriend’s best friend, getting super drunk at the club and have to be carried in, or some other horrible decision that makes everyone uncomfortable at the end of the night. Daring cougars allows you to skip all that and take out a woman who thinks before she acts.

Millennials are dating cougars, just as their predecessors before them, but the reasons are a bit different. The same taboo attraction is always going to be there, but dating cougars also gives millennial men a bit of respite from the trappings of their own age. It allows them a chance at a relationship that has a different focus, revealing another side to relationships they could not otherwise experience. It is beneficial for both parties, and often turns into a real and lengthy relationship. Dating a cougar is an experience you’ll carry with you for the rest of your life.