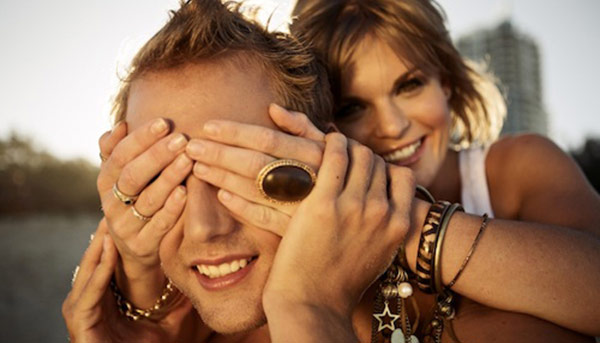 A cougar is a woman who prefers dating considerably younger men. More than ever before, there is compelling reason to date a cougar. Being more mature and experienced automatically translates into sexy. Something about the confidence of a woman who has been there, done that, and can live just fine with or without it, is super sexy. Cougars are women who aren’t afraid to hunt and subdue younger male cubs. There is a lot to be grateful for in that scenario. Read all about some of the best parts of dating a cougar and cougar dating.

Have you ever watched an old movie and saw a woman who was simply ravishing? Lauren Bacall or Marilyn Monroe are old stars that can make a young man’s blood boil regardless of the time past. One of the best parts of dating a cougar is the nostalgia. This is hard to explain, but the feeling you get when dating a cougar is a bit like old Hollywood. You know how to act, your mother explained it all. The thing is, no one wants you to do that in real life but here you are with a cougar and you suddenly feel like Clark Gable or Humphrey Bogart in Casablanca. It’s nice to be able to throw back to those gentlemanly years and get a feel for what being a real man is like.

Cougars are known for their directness. This isn’t to say they are rude or ostentatious but simply direct. They have been through enough of life’s ups and downs to know exactly what they want in life. They are also aware of the best way to get it. Cougars are straight forward women who prefer honesty and authenticity in all their relationships. This makes things much easier than you’d imagine. There is no guessing and assuming. There aren’t any mixed signals or hurt feelings. It surprisingly refreshing.

Sex is Off the Charts when dating a cougar

Sex with a cougar can be nothing short of amazing. These women are comfortable with their bodies and they know what pleases them. They have also been with more than one man and have learned their way around a man’s body. After years of sexual experience, they have a firm grasp on how the male orgasm works and don’t mind showing you. Cougars have already been enmeshed in a full-fledged long term relationship, which means a lot of time figuring out the body of the opposite sex and how to please it.

No Pregnancy or Babies

Choosing to date a cougar is a fantastic idea if you don’t want children. Older women have either been through their child rearing stage already or they have foregone that journey in life. In either case, cougars are not apt to have any children around. If they have children of their own, they will most likely be grown. There is also no chance she will become pregnant or have some secret wish for a baby. You won’t have to use birth control, only some form of STD protection.

Marriage is Probably Not on the Table

Most cougars are not looking for another marriage. They are most often content dating while it feels good and ready to cut it off when it starts feeling not so good. A long term relationship doesn’t have to entail marriage and many cougars prefer to leave the knot untied when dating guy’s a lot younger than they are.

Date A Cougar And Enjoy A Drama Free Relationship

They are great girlfriend material because they don’t sweat the small stuff. They have been in a variety of relationships through their lifetime and picked up a plethora of human interaction tips. They have a knack for finding the perfect moment and phraseology to approach a problem. Small issues in life do not upset them the way they do younger women. They have seen the same issues happen throughout the years and cultivated a foolproof way to sidestep the problems they cause.

The Two S’s- Stability and Success

By the time a woman arrives at cougar age she has developed her own life fully. Her career is in full swing and she is aware of all her talents and business strengths. A cougar has a strong hold on her own finances and is stable in her fiscal life. She pays her own bills and makes her own purchases. This is a really refreshing part of dating an older woman. She doesn’t need you to pay her light bill or make her car payment. She has her own little nest egg put away and knows the value of a dollar.
There are many advantages of dating a cougar. Determining the best part decides on what is important to you and what you are looking for in a woman. Dating a cougar can broaden your horizons in every part of your life. Be prepared for eye opening conversations, mid boggling sex and the time of your life.

Article
, Cougar Advice, Cougar Dating, Cougars, Dating A Cougar, Dating an older woman, How to date a cougar, Lauren Bacall, Marilyn Monroe
How to Impress a Cougar On a Budget »