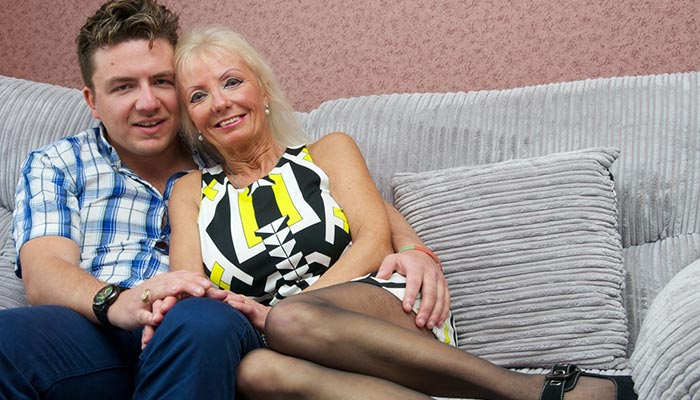 Dating a mature woman is not easy. It isn’t because they are demanding, or because they untrustworthy. It is because they are accustomed to being treated in a certain way and when that doesn’t happen, they feel slighted or disrespected. Millennial men seem to believe mature woman want to be lavished with expensive gifts. The truth is there are only 7 treats mature women want from their men, no matter what age they are. They aren’t all expensive, nor are they hard to obtain. Before you let your thoughts wander into the gutter, not all of them have to do with sex. [ Guide To Dating A Mature Woman ]

Honest is something everyone in the world claims they want in a relationship. It is important to be able to trust the person you have pledged your soul too. Women want to be the most important part of their man’s life but that doesn’t mean she wants to know every second of his daily life. She is here to be supportive of you and allow you to be who you truly are with her without feeling like you have to put on a façade. Complete honesty does not mean letting her know that she has gained 15 pounds and shouldn’t wear those jeans. It also doesn’t mean you should tell her that her favorite TV shows are stupid and vapid and make your brain cells shrivel up. Honesty where it counts is one of the most important treats mature woman want in their men.

A treat mature women want in their men that doesn’t cost a cent is the strong connection you have built together. She wants you to be able to understand her without her having to explain herself. If she wants to change jobs, you should stand behind her and know intuitively from previous conversations why she is making this decision. She wants you to be able to know that you already know what to order her to eat and where to put her clean clothes fresh out of the dryer because you are that close.

Many men fail to realize how important it is to give your woman a feeling of importance. She needs to feel that she is as important as any other thing in your life. Your job, kids, and anything else in your life should never be more important than she is. She is your rock. The support beam in the structure of your existence. She should know this unconditionally and not have to guess it from you.

Mature women need to feel secure. They need to know that no matter what happens, they have you by their side. Mature women usually have their own financial feet to stand on, but that doesn’t mean they don’t need help occasionally. One of the most important treats mature women want is the feeling of security you get from a strong relationship.

Treats mature women want in their men should naturally include loyalty. A mature woman will know right away if your seeing other women and treat the relationship accordingly. If she has a reason to believe she is the only woman in your life, it is imperative to do everything you need to to remain loyal.

Once you are in a committed relationship and it begins to stretch into something long term, romance and dating seem to fall to the way side. Life gets in the way and you don’t have time for much of anything beside work and running the household. Of all the treats mature woman want in their relationships can all be summed up into this one: date night. Date night lets her know that you still care about her despite the years between you and all that life has thrown at you. You can use this time to give her all the treats mature woman want in a man.

Treats Mature Women Want – #1 All Eyes on Her

One thing everyone should know about dating a mature woman is that they love the attention. If she is with you, its because there is a lot she likes about you. She is drawn to you. Respect that by giving her one of the biggest treats mature women want in their men: attention. Don’t cast your eyes at passing women. Do not ogle the cocktail waitress. Give all your attention to your date.

These 7 treats mature women want are something you can do for your mature woman that cost nothing but go a long way in impressing her. Save your money and invest in time and common sense instead.