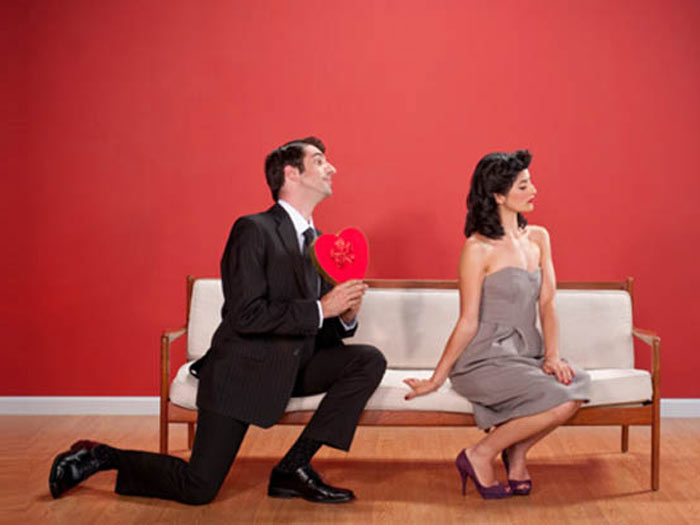 Every guy tries their hand at cougar dating and dating a cougar once or twice in his lifetime. Some even settle down for years with women considerably older than them. Its seen much like a rite of passage in many societies. The day a man realizes the many benefits of cougar dating, he sees the world with new eyes and life begins a whole new direction. The problem that always arises comes from the fact that cougars are not always easy to figure out. That being the case, men needlessly make plenty of mistakes that ruin potentially fantastic cougar relationships. The good news is these mistakes are easily remedied and quickly recognizable.

Playing head games and emotional games with a cougar is probably the biggest mistake a man can make in that position. Click Here: Most common relationship head games men play. Cougars hate game players and refuse to be part of that scene. This attitude is strikingly different from women of younger years and stems from years of experience with games and drama. They simply decide not to indulge in it any more. It becomes evident that games and those who play them are nothing but trouble and bring only misery. Cougars wont waste time with a guy once they find out he’s a game player.

Hand in hand with number one are the liars. Cougars abhor anything that isn’t 100% real. Telling even the smallest of lies is a big deal to a cougar, especially if it happens a lot. Cougars have more life experience and have learned that those who lie a lot almost always have deeper, more complicated problems under the surface. It is also seen as an insult or lack of respect to lie to a cougar. They feel they have surpassed the point in their life where they have to deal with that type of b.s.

Nope. No way. Not gonna cut it. Cougars want men who know what they want and intend to get it. They don’t have time for men who play it by ear and assume everything is going to work out. It’s easy to see why when we consider they male role models the older generations of women had to base their options on. The type of guy they considered the Alpha Male (How to be an alpha male) were the head of household types that could not only support their families but make her daddy’s little girl all at the same time. Having an attitude of wait and see or playing it by ear is a big turn off for these women. It might not be a deal breaker, but you don’t want it on your tally sheet.

By the time a cougar becomes a cougar, she had developed a fine sense of fashion that most younger men have yet to attain. While it is true there are a few who are absolute fashion geniuses at a young age, the vast majority get their moms to pick out the important stuff for as long as we can. It is important to have a real sense of who you are before you’ll ever get a sense of your own taste in fashion. It is important to a cougar that you take pride in your appearance and have developed a sense of what you enjoy in fashion because of what it says about you.

Making assumptions about your cougar is one of the biggest but most underestimated of all mistakes. It is underestimated because it is something people do every day, in every situation, with every person they know. People make assumptions with their employers and friends as well as with their loved ones and even themselves. It is no wonder a man would assume something small about their cougar, especially if he is trying to make it work. However, cougars are very independent and do not appreciate being taken for granted. Making an assumption about what she means by the last thing she said or what she may be doing next week is seen as a bit disrespectful.

The biggest mistake of all is not being 100% authentic and presenting your true self. Cougars are great judges of character. Their few extra years of life experience have taught them to finely tune their crap detectors. They know immediately when someone isn’t being authentic with them. Not only does it make them feel disrespected and shunned but also like you are trying to take advantage of her or get one over on her. Even if you commit most of the other mortal cougar sins, if you are being a real person and not attempting to project a façade of something you are not, you’ll come out alright in the long run. Be honest with yourself and be honest with her and any mistakes you make